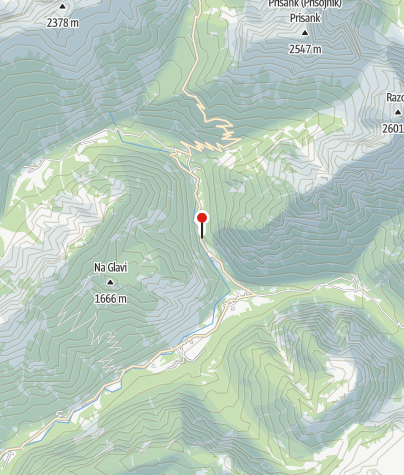 In addition to soldiers, Russian prisoners of war, who built the road over the Vršič Pass, are also buried here. Mass graves in the Trenta Military Cemetery are marked with iron crosses.

The road across Slovenia's highest mountain pass was worked on by 12,000 Russian prisoners of war. Austro-Hungarian units needed the road so they could bring in supplies and treat the wounded on the Isonzo Front. The inhumane conditions, cold, lack of food and clothing, and an avalanche that struck from the slopes of Mojstrovka led to the death of the majority of the prisoners.

Their suffering has been commemorated with the Russian chapel, built on the north side of the mountain pass.

On the main Trenta–Vršič road, some 2.5 km out of Trenta, south of the settlement of Pri Cerkvi.