Berlin is always on the move. Its vibrant culture, unique history, exciting nightlife and countless sights characterize the German capital and make it a sought-after travel destination.
Read on
visitBerlin
Author of this page 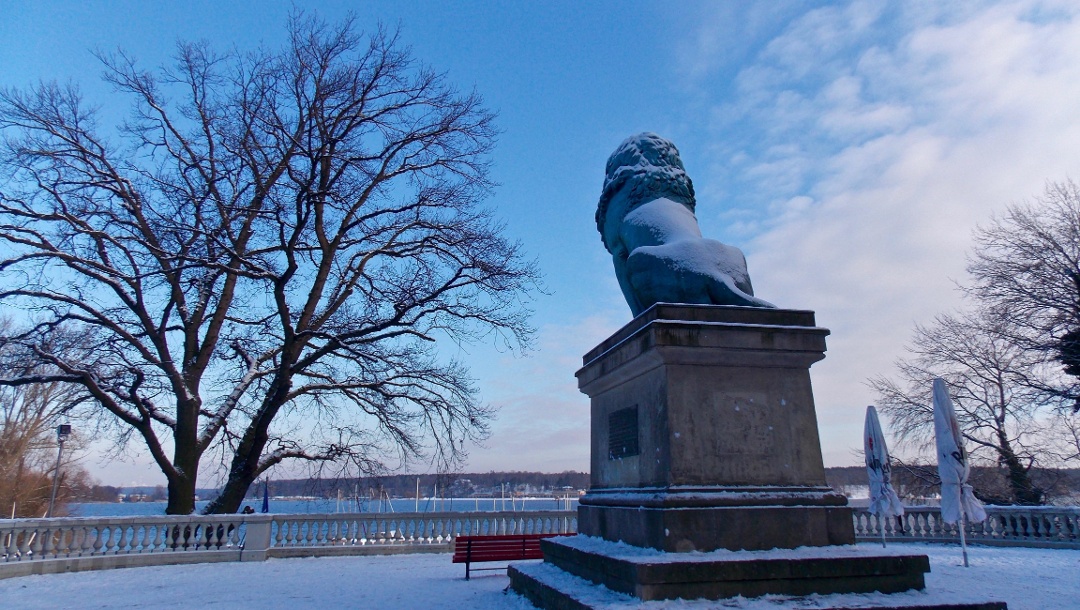 Recreation in the green oasis: the Berlin Tiergarten

Not grey, green is the colour of the German capital – around 59 percent of Berlin consists of green spaces. More than 2,500 public green spaces in Berlin, such as the Volksparke Rehberge or Jungfernheide, invite you to chill out, picnic and relax – Berliners love their green living rooms.

More than 400,000 trees line the streets and avenues here. Probably the oldest tree in Berlin is the 900-year-old English oak called „Dicke Marie“. It stands in Tegeler Forst and was given its name by Wilhelm and Alexander von Humboldt, whom the tree reminded of their well-heeled Schlossköchin.

Several dozens of nature and landscape reserves, allotment garden colonies and urban gardening projects provide unique habitats for more than 20,000 different animal and plant species. The Big Five of the urban jungle, wild boars, foxes, stone martens, raccoons and rabbits, also find shelter here. The wildlife commissioner of the state of Berlin ensures that people and animals live together smoothly in the limited urban space. From street trees to herbaceous borders, Berlin's urban nature is inexhaustible and waiting to be discovered.

During your eventful walk through the center of Berlin, a little nature should not be missing.

The Tiergarten is a park of about 210 hectares, which once served the electors as a hunting ground. After World War II, the heavily damaged area was initially used as a cultivation area for potatoes and vegetables to curb hunger in the city. Parallel to this, however, plans existed as early as 1945 to restore the park as a recreational area.

Star-shaped avenues run through the Tiergarten, all coming together at the Victory Column on the so-called “Großer Stern“.

So much village in the big city

Crispid hills, wheat fields, cobblestones – how much village is there in a metropolis? 59 rural communities and 27 estate districts were swallowed up by the founding of Greater Berlin on 1 October 1920. Numerous Dörfler*innen soon found themselves in a prospering big city - not all of them were thrilled about it.

From Heiligensee to Marienfelde, from Alt-Marzahn to Gatow, picturesque village greens, manor houses and horse paddocks still teem today. Berlin villages hide in high-rise housing estates, defy traffic junctions or lie idyllically on the outskirts of the city. Some medieval centres are surprisingly well preserved, others have been overdeveloped. If you want to discover Berlin, you will end up in a village at some point.

Berlin not only has solid ground under its feet. Countless lakes, rivers and canals make the city one of the most water-rich in Germany. The last ice age left its mark: an estimated 6.7 percent of the city's surface is covered by water. People swim and fish in around 80 lakes as well as in rivers such as the Havel, Spree and Dahme.

The capital's inhabitants live in the city centre.

The inhabitants of the capital are also enthusiastic about setting sail: whether it's stand-up paddling, sailing or rubber boats, on weekends the waters resemble a hidden landscape. Numerous rental companies offer kayaks, pedal boats and motorboats; Berlin's fleet is diverse and offers completely new perspectives on the city from the water.

For those who love sustainability and don't want to get active themselves, a solar-powered catamaran will take you through the city. It's great to relax on the shores, especially at sunset in beach bars and bathing spots. And if you want to get to the bottom of the capital, you can do so at one of Berlin's diving clubs.

Da kiekste - Berlin and its neighbourhoods

Berlin offers a multitude of sights worth seeing. But if you want to get to know the city properly, you have to leave the Goldelse and the TV tower behind.

The real life takes place in the neighbourhoods. Whether you're a native Berliner or a newcomer, you'll meet in the pub on the corner, be on a first-name basis with the grocer and hear the latest gossip at the local hairdresser. Berlin everyday culture at its best can only be found here. The term "residential quarter" originates from the Middle Ages and refers to a Slavic settlement, mostly inhabited by fishermen, under the protection of a castle. The „Kietzer*innen“ (or: Kiezbewohner*innen) had to pay tribute to the latter.

Two examples of these still lie in Berlin today, in the formerly independent cities of Spandau and Köpenick. The so-called „Fischerkietz“ in the old town of Köpenick can still be admired today: Elaborately restored, once-grandfather buildings nestle in narrow alleys, directly on the banks of the Dahme River.

In the 96 districts of the metropolis, there‘s a lot more neighbourhoods to discover – where the Berliners and Berliners are at home, the city becomes really interesting.

Berlin's most beautiful sights are open again. Whether it's a city tour, a museum or a zoo, secure your tickets here!
Learn more
Photo: Dagmar Schwelle, visitBerlin

Show all offers in Berlin

The Best Time to Visit

Show all webcams in Berlin

By train to the main station; within the city area there are underground, suburban railway, trams and buses.

Berlin is on the A2 motorway, and the A10 (Berliner Ring) runs around the city.