A large part of this picturesque stage runs along the left bank of the River Soča, before turning away from the river towards the end of this stage. The route then leads up to the delightful village of Drežnica above Kobarid.
moderate
22 km
7:15 h
627 m
545 m
Our hike takes us past the romantic Virje waterfall to the magical world of Narnia: The Bovec Valley , a natural and cultural heritage, once served as the setting for part of the Walt Disney film “The Chronicles of Narnia: Prince Caspian”. Near the majestic Boka waterfall, hundreds of cubic metres of water dash deep into the valley from a height of 106 metres. Then we follow the emerald green River Soča, on which keen canoeists and rafters take it in turns to tackle the rapids, around the Polovnik Mountain. After a slight ascent we reach the mountain village of Drežnica, below the Krn Mountain.

Turn off the Alpe Adria for a short detour to the beautiful Virje waterfall, take a stroll at the Bovec golf course, whch is a peacful oasis just beneath the Julian Alps. Stop at the majestic Boka waterfall and admire the Bovec panorama, which can also be seen in the movie Chronicles of Narnia.

The most widely known cultural artefacts of the region are the unique Drežnica Masks made of wood. Locals still follow tradition and organize carnival festivities, which faithfully recreate the masks’ ancient usage.The village of Drežnicaalso prides itself on quite a few private collections, among which is the most attractive Botognice Collection, compiled by Mirko Kurinčič and dedicated to World War I.

Kobarid is a pleasant little town, 5 km out of Deržnica,  that gained recognition during the First World War.The story of the town's history and primarily of the Soča or Isonzo Front is told in the Kobarid Museum, voted best museum of Europe in 1993. The exhibits, the large reliefs of the surrounding mountains, the rich photographic material and mlutivision projections offer a sensitive narrative of those hard and bloody days near the Soča. Part of the events connected to the Soča Front were described in his famous novel A Farewell to Arms by then American war correspondent Ernest Hemingway.The Kobarid historical walk is fascinating and instructive, leading us through time and the natural beauties of the surrounding environment.

We start in Bovec and follow the AAT signs leading us on the forrest trail to the village of Plužna. After Plužna we pass the Virje waterfall and a small lake. Once we have passed a small golf course we can marvel at the largest waterfall in Slovenia – Boka. Here we continue on the asphalted road for a few hundret meters and then cross the bridge with the ''view from Narnia'' onto the left bank of the Soča where we stay till the end of this stage. Next village on our way is Log Čezsoški. Along the way there are several spots where we can simply climb down to the river for a short break and refreshment.

We could make our hike more exciting by rafting for part of the route, to be precise the section between the bridge beneath the Boka waterfall and the village of Trnovo. The Soča is always impressive anyway, but the nearer we get to it, the more of an impression this roaring river makes!We procede along the gravel road to the small village of Trnovo ob Soči, which is also the main “getting off” point for the popular raft tours.

In Trnovo we can cross to the other side of the river for a cup of coffee or other refreshment in the camp or in the village. Afterwards we return to the left-hand bank which continues slightly uphill along the forest trail to Drežnica, a pleasant and hospitable mountain village.

Along the AAT and near by there are bus stops in Bovec, Žaga, Srpenica, Trnovo ob Soči and Kobarid.

There is no public bus conection to Drežnica.

In Bovec infont of the Cultural House (Kulturni dom).
Arrival by train, car, foot or bike

show more
All books and maps

Got any questions regarding this content? You can ask them here. 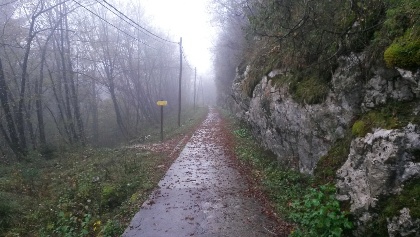 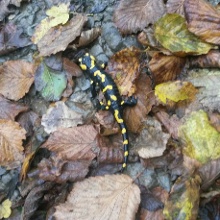 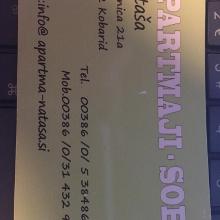 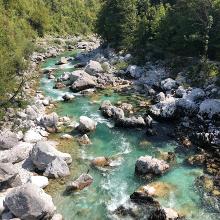